Last Saturday I attended a regimental reunion at the National Memorial Arboretum in Staffordshire. It was my first visit to this 150-acre site which was founded in 2001 and is now well established. There is a central memorial wall and obelisk and various individual service memorials spread around the grounds. The site remembers all in-service deaths since the end of the Second World War.

I served in The Royal Green Jackets between 1970 – 1980 which consisted of two tours in Belfast, one with the United Nations in Cyprus on the ‘Green Line’ between the Greeks and the Turks and finally a two-year exchange posting with the Princess Patricias Canadian Light Infantry in Calgary, Alberta. The RGJ was founded in 1966 and amalgamated into the Rifles in 2007. Our traditions are based on five things –The thinking riflemen, camouflage, rifle marksmanship, reacting to bugle calls rather than words of command and marching at 140 paces a minute. If you used to watch Sean Bean in ‘Sharpe’s Rifles’ you’ll have the general idea of our background!

Our service around the RGJ memorial was taken by the Reverend Kelvin Price who had served as a corporal in the regiment. He spoke well and I was particularly taken by a point he made about team spirit. He said watching England play football was good but was easily beaten by watching his own team play but both were surpassed by being amongst fellow Riflemen who had all volunteered to serve our country.

He continued that fighting for freedom was a long term and ongoing goal for which our individual contributions will be a small part of the eventual whole. We may now query our 20-year commitment in Afghanistan, but over time it will have served a purpose in helping to spread freedom throughout the world.

Reflecting on this experience as I drove back to Somerset, I was acutely aware that any contribution in fighting for our freedoms, however small or transitory, will always be worth it for the longer term good. My desire is to reform our governance in favour of returning the people’s inherent sovereignty. Our politicians would then become our servants and not our masters. It is for this reason I have continued to promote THA and its six demands for the last 10 years.

THA’s eventual success may well, at best, only begin during my life being completed in the years ahead. However, I’m convinced it will happen as I simply cannot see the people putting up with our current system of governance for ever. My role in the meantime is to keep THA’s pilot light burning. 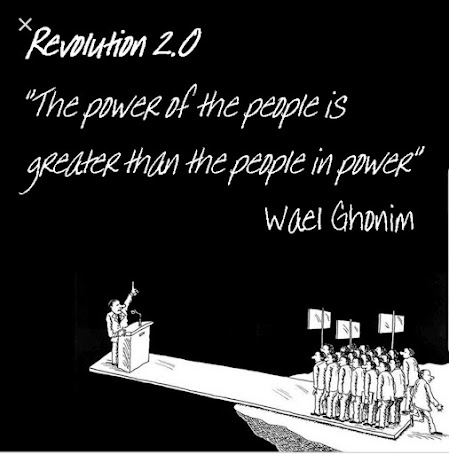 The people's opinion really should count.

What do the people think about vaccination passports, Channel crossing economic immigrants, National Insurance increases to pay for social care, the potential costs of Net Zero, voter ID and so much more besides?

The answer is that nobody really knows and our governments and politicians really don't care because the last thing they want is to have the inconvenience  and hassle of having to carry out policies with which they basically disagree and would probably cause them grief from vocal minority groups.

If anyone needs reminding of the point I'm making you only have to reflect back to the whole Brexit saga that dragged on for years with a clear division between many politicians, the liberal elite and the majority in the country at large.

Our fourth demand, ‘The People's Consent', sets out three ways the people can let governments know their opinion through the holding of a referendum. The first requirement in all three cases is that enough people would need to sign a petition to initiate the referendum. Then the Electoral Commission would set a timetable and approve both campaign teams on either side of the debate. After the referendum the results would only be valid given a set turnout and a clear legitimate winner according to the rules agreed and set.

The first type of referendum can be initiated by the people on any issue and the results, if won, would only be advisory.

The second would enable the people to try and stop any piece of government legislation going through parliament and if successful that particular bill would fail to become law.

The third type of referendum would allow the people to raise objections to certain types of decisions by governments or official bodies, like appointed officials including ministers and judges.

This demand would prevent any government, once elected, from ignoring the people.

The people's views and opinions do matter but there are inbuilt safeguards in that the first type is only advisory and for all three the benchmarks must be met  before a referendum is held and the results, to be recognised as a 'win', would have to have met certain criteria including turnout totals and winning margins.

A sovereign people have the right to be heard as well as actually stop government legislation.

For referendum sceptics I would add that not every person or group who sets out to get a referendum held will necessarily succeed in reaching the support required for it to take place. However, for those that do that would rather prove the point that the people clearly do want to have their say on the issue at hand. That is how real democracy should work.

Finally no other group, seeking reforms to our governance, comes anywhere close to advocating the detail contained in our fourth demand ‘The People’s Consent’.

Real democracy requires that the people’s views to be heard and where applicable acted upon.

The people should be able to ‘recall’ their MP if enough of them want to.

The 'Recall of MPs Act 2015' made it possible for 10% of constituents to be able to recall their MP and call a by-election but only in the limited circumstance of being found guilty of a wrong doing that fulfils certain criteria and was used successfully against Labour MP Fiona Onasanya who was found guilty of perverting the course of justice and sentenced to a term in prison.

Before that Ian Paisley, from North Antrim, was suspended for 30 days under the same law and Chris Davies, of Brecon and Radnorshire, faced a by-election for fiddling his expenses.

The law is explained here- https://en.wikipedia.org/wiki/Recall_of_MPs_Act_2015

This new law is at least a start but does not allow the recall of MPs for general incompetence which is what real democracy demands.

In California they go further and on the 14th of September there will be a vote as to whether the Democratic Governor, Gavin Newsom, should keep his job.

The California gubernatorial recall was sparked because of Newsom’s coronavirus restrictions which he was caught flouting. The full details are here - https://www.washingtonpost.com/politics/2021/08/25/california-governor-recall-election-gavin-newsom/

This extract from the article is pertinent “The mechanisms for recalling a politician in California was set up in 1910 by progressives intent on keeping a check on power.”

There in lies the whole point and a system of recall worth its name needs to allow the people to hold their politicians to account for any reason they choose thus constantly reminding them that they are our servants and not our masters.

In our second demand for 'Real Local Democracy' we are quite clear that under our proposed system of governance, with a real increase in powers at the local level, it would be up to the local people in each county to decide on such matters.

To quote from page 12 of our pamphlet :-

"Details of how and under what conditions individual MPs (and members of the upper house) are selected might be left to the electors of the county, set out in each local constitution and implemented by local legislatures. After all, if we are to have localism, then the terms and conditions governing the employment of representatives should be decided locally.

We could also envisage a situation where MPs are no longer paid from the central funds, but by their counties. It would be for the people of each county to decide how much their representatives were paid, how much should be allowed by way of expenses, and how they should be held accountable. Also, if one area wanted to introduce a method of recall, that would be up to them. Thus, do we see democracy closer to the people, with government - local and national - under the direct control of the people. Anything else is not democracy."

If we go on accepting the political status quo then we only have ourselves to blame for the mess our politicians get us in.